Happy to present my 11th cover for the group Mass Hysteria. It has been several years that I have been photographer for their covers albums. I shot the Hellfest 2019 wondering how an image could synthesize this concert… Right after that, I headed out of the stage after an hour of running around when I saw the group gather to greet the audience.

It was not planned, I came back running to shoot three photos, including this one. All this without knowing that she would be the photo for the album cover Mass Hysteria Hellfest 2019.

I understood at the time that if a photo had to represent this concert that would be the one, because apart from the prowess, the giant screens, the flames and the musical slap, it is this very special relationship between the group and its audience that has pushed this group, for 20 years, to always make it. more, to not give up, to surpass himself at each concert.

It is this respect for Mass Hysteria group for his fans who led the band to headlining one of the biggest metal festivals in Europe and the first in France: the HELLFEST.

In June 2019, Mass Hysteria first appeared as the headliner of Hellfest in front of 62,000 spectators. On the occasion of the biggest concert of its career, the French group performed a set list in the form of a best of and presented an incredible and memorable show with pyrotechnic effects, animations projected on the giant screens encompassing the stage, fire, tears ...

A few months before his first headlining appearance at the Zénith in Paris, Mass Hysteria marked the conscience with a grandiose concert. With an impressive new cut and a powerful mix from Fred Duquesne, Hellfest is available on Digipack CD + DVD, Digipack CD + Blu-Ray and double Vinyl Gatefold. 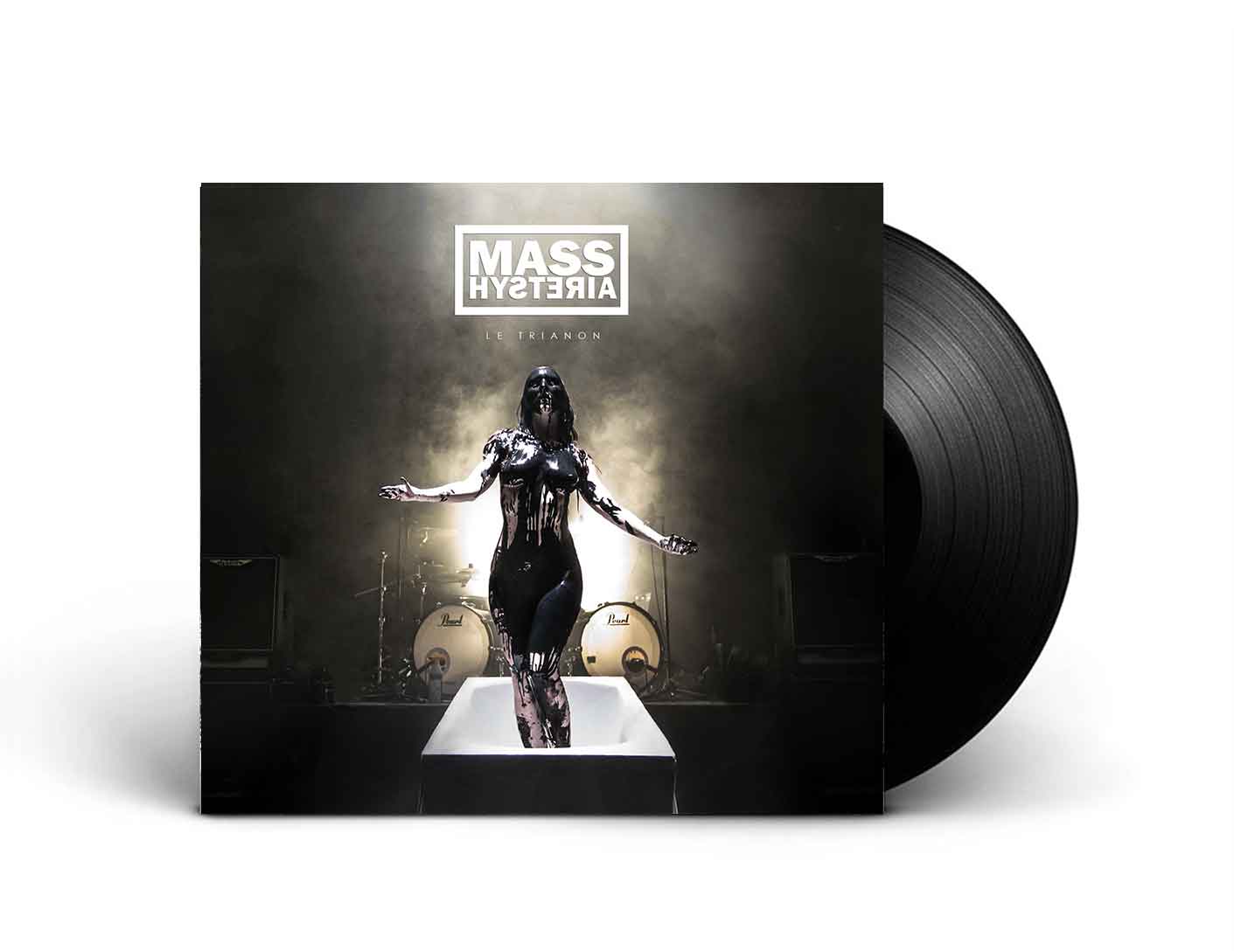 Mass hysteria Hellfest is the group's fifth live. The group has put the small dishes in the big ones with a copious menu that is not limited to amazing concert of June 21, but  Mass Hysteria also offers, and this is a world first, a total immersion experience with a 360 ° capture of the most breathtaking. You can find above the first title of the live in 360 °.

This support also includes in its DVD or Blu-Ray version the group's concerts at Hellfest in 2013 and 2016.  A vinyl version is also available and demonstrates if needed the power of this live in 13 uppercuts.

Column made by La Big Radio of Mass Hysteria Hellfest 2019.

We can say what we want on this French 100% day on Mainstage 2, the haters will say that it's seen and reviewed and that the risk-taking is very minimal except that rare are the festivals to have this kind of Politics. After Ultra Vomit and before Gojira to end this first day, it's up to Mass Hysteria to take over the stage for an epic gig. While the sound of the main stage has been a bad thing in recent years, the festival seems to have performed well this year, because the sound is really, really good.

We take a flood of decibels in the hatches and it's even better to see how the music of Mass Hysteria is a ball of energy and violence. Finally a word to the public: it will have been as hot on stage for the group, as in the beautiful circular pit of "Positif à bloc" with a crowd that will not stop moving during the fifty minutes of the set despite the rain.

In conclusion, Mass Hysteria won its bet and offered a service that major American productions do not have to envy. See you in December, gentlemen!

The French metal is doing quite well as evidenced by the poster of the Hellfest of June 21, which followed, among others, No One, Gogira, Dagoba, and Mass Hysteria. Mass Hysteria is now offering the recording of this concert delivered in front of 60,000 white-hot fans, in particular those responsible for the most impressive Wall of Death of the weekend on the track taken from the album "Matiére noire": "More than metal " .

Whether the titles of the last album Maniac sorti a year ago or the classics of the group, Mass Hysteria has lost none of its virulence in 26 years of career, nor its sense of the show. A big sound and light slap administered by Mass Hysteria, which would almost make you want to potty in the family living room.