Famous photographer: 14 examples to inspire you

Photography, like any art, should not be practiced in an echo chamber. In order to become better at your craft, you have to see what other artists are doing. This is how people grow and hone their skills.

Annie Leibovitz is a leading photographer. Annie Leibovitz began her filming career for Rolling Stone magazine, working there for 10 years before moving on to other companies. Annie Leibovitz shoots for numerous publications but does the majority of her work for Vanity Fair.

If you were to take a current issue of the magazine, Annie leibovitz probably would have taken some of the images in it. Leibovitz has photographed almost every celebrity imaginable and what really sets her apart from other pfamous hotographersis his style of lighting.

She uses a very distinct lighting configuration that offers an almost painterly muted image. His photographs are very recognizable if you have studied his work even for a short period of time.

Consistency in your photographic style is a great skill to achieve as it means people can easily recognize your work and you will be hired more.

If you want to emulate Annie Leibovitz, you have to become a master in studio lighting . While studio lighting can be a bit scary at first, when done right the payoff is a beautifully crafted image.

Gregory Crewdson spends thousands and even millions of dollars to create a single photograph. Imagine the whole of a major movie used for a single frame. Gregory Crewdson started experimenting with these sets on a large scale in college and continues to make them more extravagant.

I've been told that the only way to capture the depth and detail of his photographs is to see them in person.

The idea of setting up scenes is very interesting and could be experimented with for a long time. You don't need to invest a lot of money or have a lot of tools to create something amazing. I recommend recreating some of Gregory's photos first and then trying out some of your own ideas.

This would be another great place to implement the use of speed lights.

But the work I want to highlight is a body of photographs called In The American West.

In the American West, Richard Avedon traveled the country in photographing ordinary people that he found interesting. In the American West, Richard Avedon installed a white sheet on the north side of a building for uniform lighting and a cohesive background. His assistants constantly recharged his giant 8 × 10 camera as he interacted with subjects.

As he walked around he was snapping a photo getting incredible expressions from people standing in front of his cameras. Similar to Crewdson's work, Avedon printed these very large ones. The detail of each image is breathtaking.

While some viewed this work as a fashion and portrait photographer as mocking blue collar workers, I think it sheds some light on the professions of these people.

It offered viewers in the galleries a glimpse into everyday life and work they were not used to and put it right in front of their faces to experience. These images are also incredibly beautiful works of art.

Richard Avedon really took his time choosing interesting and unique individuals to photograph. These photos are definitely worth spending some time looking at.

Moving away from large format photography, Elliott Erwitt mainly shot with 35mm cameras. Erwitt was originally from France and immigrated to the United States to attend college. He worked as a photography assistant in the US Army where he honed his skills.

What we now know about Vivian is that she spent her life as a nanny. She mainly photographed on a 6 × 6 dual lens camera and took it wherever she went.

The majority of his photographs were taken in Chicago and New York. She simply photographed everything that interested her when she walked the streets.

I can only imagine what people thought when they noticed a nanny pointing a camera at them on the streets of Chicago.

But his constant photography has paid off and his images are very neat and beautiful. The most striking thing about his photographs is that they seem to belong to another era.

When you look at his work it looks like it could have been shot in the 1930s or 1940s, but most of it was shot much later.

If you want to know more about Vivian Maier, I recommend that you watch a wonderful documentary made about her called Finding Vivian Maier.

Many believe that Edward Weston developed the American approach to modern photography due to his focus on the places and people of West America.

From everyday objects to elementary landscapes, Weston helped bring photography out of the Victorian perception of painting. He pioneered a modernist approach to a large format camera to produce richly detailed black and white images.

Throughout his four-decade career, Weston has shown carefully composed and well-focused images. He continued to work until his Parkinson's disease forced him to give up the camera in 1948.

Weston's legacy lives on three generations of famous photographers, his sons Cole and Brett and his grandchildren Cara and Kim. 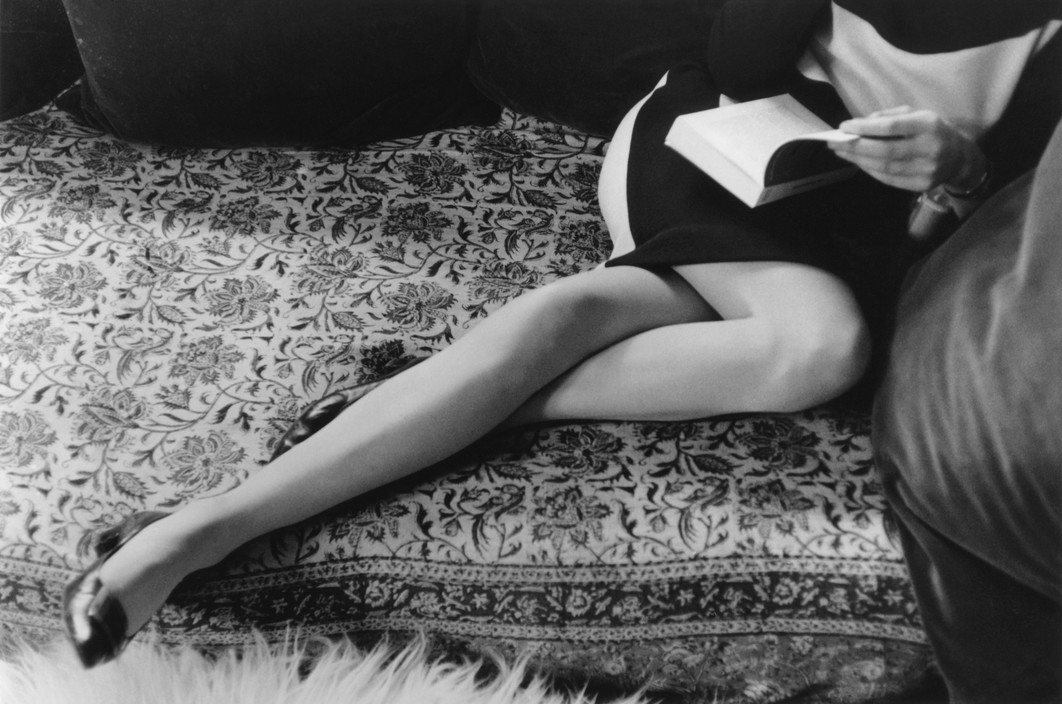 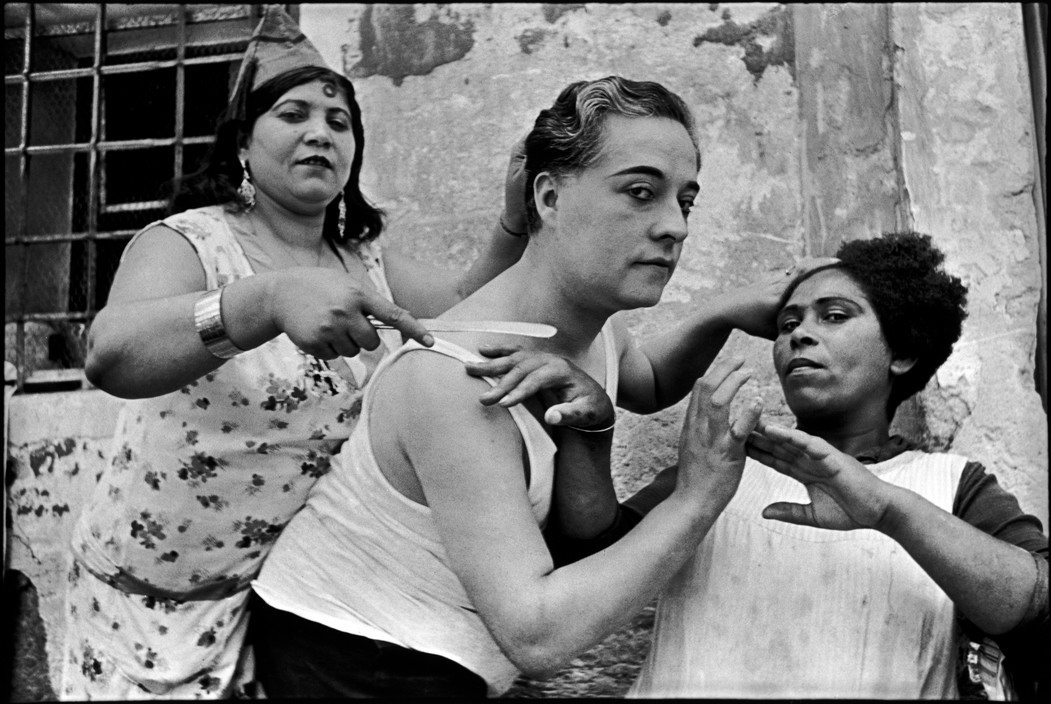 Henri Cartier-Bresson coined the term 'decisive moment', which has become a fascinating but much debated subject in modern photography. It refers to the situation where the psychological and visual elements of people in real life scenes come together in harmony to express the essence of that moment.

Henri Cartier Bresson traveled to China during his revolution, then to the Soviet Union after the death of Joseph Stalin, and finally to America after World War II to document the economic and social disruption after the war.

Cartier Bresson was also one of the first photographers to use 35mm film while others used large and heavy medium format cameras.

His unique compositions frame the subjects on a large scale, often using a high point of view and later splicing several images together for a more dramatic result.

However, this photography technique reignited the centuries-old debate about image manipulation and a camera's truth-recording ability. Nonetheless, the world continues to admire Gursky's work, with some of his images fetching the highest art market prices among famous living photographers.

Despite his talent for surrealism and abstractions, his work generally assesses the hustle and bustle of contemporary life and consumer culture. His photographs are full of color and industrialized touches, surprisingly alluring and beautiful.

His first prints were done in Pictorialism, a photographic style that mimicked academic painting of the turn of the century. Cunningham also experimented with sharper images to create the technique known as sharp photography.

In 1910, she forged a solid reputation as a portrait and commercial photographer. In the early 1920s, Cunningham changed his style to include plant life and street photography. She also briefly worked for Vanity Fair and celebrities in the 1930s.

Man Ray was an American visual artist who contributed to the Dada and Surrealist movements. He was best known for his portraits and fashion photographs. Ray also experimented with creating images without a camera, which he called “rayographs”.

Ray had been greatly influenced by the work of Alfred Stieglitz, in which he used a similar style of unvarnished photographs. He also highlighted negative spaces, shadows, and the sharp-edged application of unmodulated colors.

In the 1920s, Ray started making moving images and made four very creative non-narrative films. He returned to Paris in the 1950s and concentrated on painting until his death.

Porter was a photographer famous for his colorful and intimate images of nature. He became interested in photography using a Kodak camera to take pictures of birds and landscapes at his family's summer home in Maine. Much like Ansel Adams, Porter practiced “direct” photography to show the subject directly, with an emphasis on detail and tone.

Porter switched to color photography after a publisher rejected a proposal for a bird book because people couldn't differentiate bird species in black and white images. He used a strobe light system and spent hours composing the scene to photograph the birds.

In the early to mid-1950s, Porter traveled extensively to photograph places of cultural and ecological significance. He has documented Adirondack Park, Glen Canyon, the Appalachians, Baja California, the Galapágos Islands, Turkey, Greece, Iceland, Africa, China and Antarctica. With his work, Porter was able to publish a number of critically acclaimed photography books.

Arbus was a famous photographer best known for her portrayal of New Yorkers in the 1950s and 1960s. She captured unrelenting direct photographs of people considered social deviants during this era. His images often show his subjects looking directly into the camera, with sharp focus prompting viewers to stare at and recognize them.

His documentary eye has produced shocking yet intriguing portraits of nudists, tattooed men, asylum inmates, the mentally ill, strippers, drug addicts, carnival performers, dwarves, and the LGBT community. Arbus photographed his subjects in familiar environments like their home, workplace or street to show that they are like everyone else.

While her work has pushed the boundaries of what people perceive to be appropriate, her photographs have highlighted the essence of equality and proper representation in an era when few were willing to accept the marginalized as functional members of society. Today, famous photographers see his photographic work as a source of inspiration of psychological intensity.

Hurrell was an American photographer renowned for his portraits of Hollywood stars. His signature style of precision lighting, spotlights, composition, shadows, and hand retouching on negatives contributed to Hollywood glamor from the 1930s to the 1940s.

Hurrell's stunning black and white portraits have become in demand for actor marketing.

After shooting alluring footage for actress Norma Shearer, MGM hired Hurrell as head of the photography department. At MGM, he was responsible for taking pictures of Hollywood stars for each movie. Other than that, George worked for Warner Brothers Studio and Columbia Pictures.

Hurrell served in World War II and lived in New York City thereafter as a fashion photographer. Back in Hollywood in the mid-1950s, his glamorous portraits no longer appeal to the studios. Hurrell continued to work as a still image photographer on film sets until his death.

Sherman is an American artist who has spent most of her professional life exploring concepts of identity, sexuality and femininity. His photography work consists mainly of self-portraits, representing himself in various contexts and imagined characters.

As Sherman started out as a painter, she became frustrated with the limits of the art form in the age of minimalism, which led her to turn to photography.

She draws inspiration from television, film, imagery and pop culture fashion to challenge the restrictive roles of female identities and aversion to objectification.

As a master of socially critical photography, Sherman questioned the oppressive influence of mass media on people's individual and collective identities.

Through her self-portraits, she has drawn the public's attention to disturbing subjects, forcing them to reconsider cultural assumptions and stereotypes.

Of course, there are of course hundreds of other photographers to discover, but for that, Google remains your best friend 🙂

Other articles that may interest you:
Joker film 2019 – Making-of, affiches, infos, musique…

THE WOLF OF WALL STREET