Concert photos: it was better before ...

Year after year, concert photographers no longer have the right to do anything. Make concert photos is now a priesthood.

All this is of course illegal in the eyes of the law ...

The photograph must stay out of the room, he comes in and after the 3 pieces, he must be taken out by the security guards (in case he has the idea to take a picture) ...

Sometimes only one song can be shot, sometimes three in front of the stage or even at the back of the room. The photos are more and more "validated" by the management the same evening ... even if he is blind or has crappy tastes, the manager will tell you which photo to choose.

He knows, you don't, otherwise he wouldn't be a manager… logical.

Concert photos: There is surely a reason ...

The funny thing about all this is that the reason is not even economical, today the concert photos are no longer selling, the value of these pictures is close to zero ... so what is the reason? Well nobody knows it and even artists are rarely aware of this situation.

This ridiculous situation leads to an overload of work for local production, for security agents who unwillingly become the babysitters of photographers, but the stupidest thing about it is that where 20 years ago, only photographers could take pictures, artists play in front of thousands of phones that do the job super well.

Once the photographers left the room By security, the artist will be able to express himself freely in front of thousands of telephones which shoot in RAW, and have a rather fantastic optical quality.

During the concert of Rammstein 3 years ago, photographers were contractually prohibited from taking "atmospheric" photos after the first 3 pieces, of course I put my equipment down with security and I went to see the concert during the Nîmes festival.

Luckily, my phone is not subject to this ban. So I took a few photos together and seeing the result… I really wonder why we keep bothering with our SLRs.

It's not the photo of the year but rest assured, for 3 years the phones have been much more efficient.

Image control has become an obsession for artists. Obstructed by contracts, threatened by big hands, the photographers see that their freedom is reduced like a skin of sadness. And information turns into communication. "Photographers can no longer do their job," confirms a press release. The reason for the rage of the Swiss Association of Journalists Legal notice?
Johnny Hallyday's concert on July 23 at Paléo festival in Nyon (Switzerland), explains Tribune de Genève. The accredited photographers learned the same day that they were no longer accredited - only the official festival photographer was accepted. how to take pictures of concerts?
To justify, the management wonders about the danger of pyrotechnic effects on stage. “It was just an excuse because it was only used at the end of the concert,” explained Philippe Maeder, professional photographer and president of Footprint Photography. The union condemns "a drift aimed at increasing media control".
Finally, Paleo surrendered to angry photographers and allowed some specialists to take pictures of the capsule attached to the control room. “But far from the stage and behind the public, which prevented them from working,” condemns Philippe Maeder. “From below, the audience can take very good photos with the iPhone.
In fact, they were online on social media five minutes after the concert started. It was the first of this festival. However, the case is widespread and restrictions on photographers are increasing.
"And only a few of them dare to ask this question for fear of losing their accreditation for the next issue," explains Sylvain Ernault, author of several articles on the subject for the Webzine La Déviation. During lives, permission to take photos is usually limited to the first three songs.
But sometimes, artists do not play the game, "to remain deliberately in the shade or to put on a hat is not innocent", explains Philippe Maeder. Some even establish aesthetic guidelines. For example, Etienne Daho only allows photos of his left profile (!) And prohibits close-ups. Until the decision of the Vieilles Charrues concert in 2008. Ban each photo, because some photographers have not done so.

This year, Lady Gaga in Montreux has decided to share the photo of her choice with the press, and not the live photo. The agencies suddenly refused to post, claiming it had to be edited in Photoshop. The singer's agent also imposed a narrow frame format on operators to refine the silhouette of her star. More and more people are banning all types of photography, regardless of gender.

This is the case of the American hard rock group Mötley Crüe at Hellfest and Guns 'n' Roses, Lionel Richie and Bob Dylan at the Vieilles Charrues… And even if the shooting is authorized, the photographers are never protected from the reversal. Also at Vieilles Plrues, the manager of Tom Jones chased them out on the pretext of not returning their contracts before the start of the live. The problem was, they only had them on hand… two hours earlier. 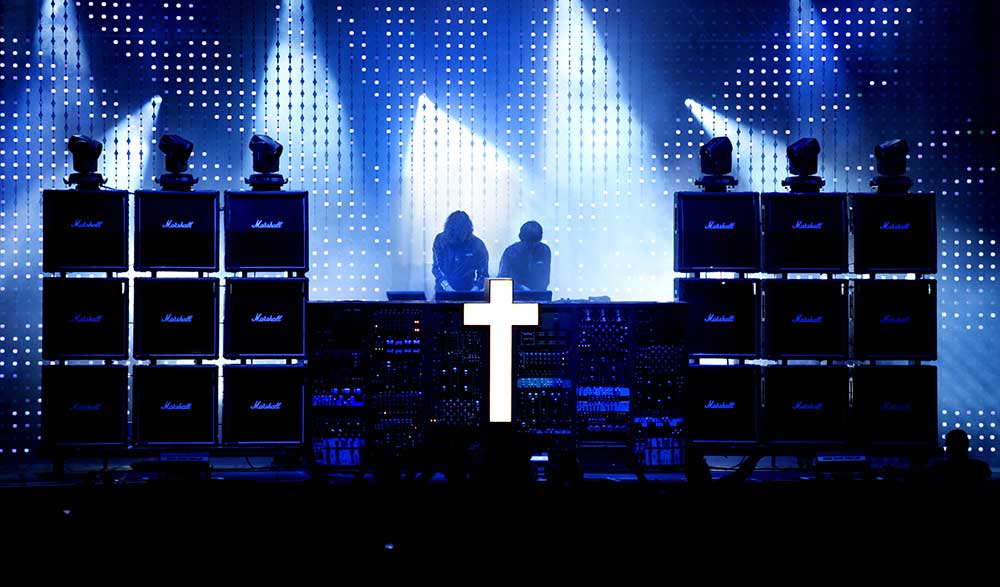 And watch out for those who dare to challenge these bans. Some groups send security teams to patrol the lives. In April, two security agents were found guilty of violence against a telegram journalist after Olivia Ruiz's live performance at the Saint-Nolff festival in 2010. During the trial, they claimed that "manager Olivia Ruiz asked them to prevent someone from filming in the audience ”.
The journalist's certificate was withdrawn and she was brutally seized, which caused a hematoma 20 cm long on the shoulder and five days of total incapacity for work: the photos of the lives become extremely dangerous ...
She's not the only victim of muscle safety while on vacation. In 2014, Sylvain Ernault produced Vieilles Charrues for Chérie FM. The photographers dashboard in the press room made it clear that photos of a 30-second live on Mars are strictly prohibited. While taking some photos of the pit with their "modest mirror lens with one lens", the police grabbed him, pulled him backstage and asked him to remove his photos, as his website says.
Sylvain Ernault has always believed he has the right to him: “As part of his work, a photojournalist can only access the event for reasons of public or artistic safety or of admission in accordance with articles L333-6 and following. The Sporting Code […] Case law considers that artists tacitly authorize their distribution within the framework of their professional activities. "
Another trend that is developing is the search for agencies. No photographer from the famous cable car press agency was accepted during Johnny Hallyday's live at Paleo. Frédéric Tanneau of AFP, used to Vieilles Charrues - he has reported it 17 times - confirms that working conditions have deteriorated sharply.