What is a RAW file?

The format of RAW file is commonly used by experts and professional photographers to optimize photos and achieve better processing capabilities than JPG or TIFF.

In addition to the sensor data, the RAW file contains all kinds of information, including information specific to the camera (make, model, lens type, etc.), as well as image data (exposure settings), speed, aperture, etc.) or EXIF data.

The RAW file can be thought of as the equivalent of a silver negative. The information linked to the image is in fact raw data from the sensor, data which can be subjected to the first processing by the internal electronics of the box according to the brands.

However, this data is not an image file in the sense that it is raw data.

the RAW file cannot be read by any software, it is necessary to use specialized software that knows how to interpret the RAW data and can generate a usable file in a key format, such as JPG or TIFF.

How to read a RAW file

Some operating systems can recognize and display the RAW file (for example, Windows 7) as well as some generic software, but it is usually not possible to create files using this generic software.

Software for creating and processing RAW files (eg Adobe Lightroom or Nikon Capture NX2) are commonly referred to as derawtiser. 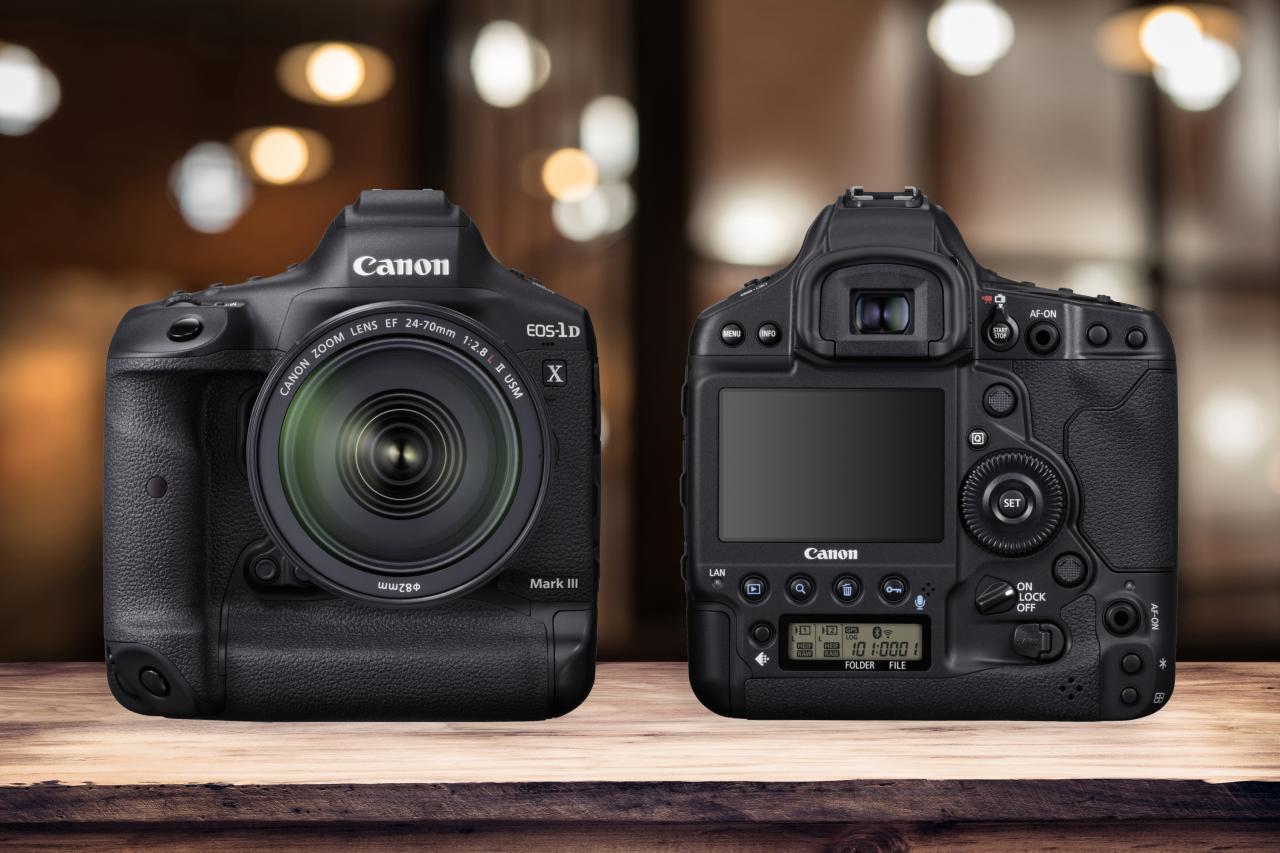 What does the RAW file contain

RAW files must necessarily contain information to obtain a visible image in addition to the raw sensor data:

- Photo sensor metadata needed to interpret image data. These include the size of the sensor, its color profile and the arrangement of the color filters.

- Useful contextual metadata to include in any content management system or database: exposure settings, device model, date (and optional location) of photos viewed, author information, etc .; these metadata can be included in the section in EXIF format

- Thumbnail of the image, image possibly reduced to JPEG format, which allows a quick preview

In the raw files, the brightness information is encoded with a value proportional to the luminous flux received by each element. In most cases, each item provides a value for a single color.

In all displayed image formats, each pixel contains 24 bits, eight for each primary color, with standard sRGB gamma correction in general, so that the difference between the two consecutive values is imperceptible.

It takes about 3300 steps at regular intervals to achieve a quantization step comparable to screens in shadows and bright light.

To correct the exposure, multiply the row values by the number. These values are in the Raw file; in the displayed image, the imperceptible difference between the medium and high light value may become visible if it is multiplied by a factor.

The increase in contrast that cameras often make to improve the appearance of an image reinforces this effect. To reduce file sizes and facilitate archiving and transmission, the JPEG format uses much more sophisticated methods to accommodate human perception.

They irreversibly reduce the color information and cut the image into 8 by 8 pixel blocks that appear if we try to make extreme corrections.

But even though the PPM or TIFF image file is larger than the Raw file (24 bits per pixel without compression instead of 12 or 14, with lossless compression), it contains less information because much of its data is interpolated before gamma correction removes part of it.

Why shoot Raw? Why not shoot in JPEG?

These are the questions that have divided photographers for many years now. On the one hand, if you are a pro you have your editors wanting images as early as possible while many hobbyists don't want to do all the post processing of raw file editing.

Is it difficult to edit raw file? Does it take much longer than JPEG? So let's take a look at these questions one by one and I'll highlight why I think you should shoot RAW.

Unlike JPG, RAW format allows all information to be captured by the sensor. Indeed, the JPG file is generated by the camera according to the selected shooting parameters, and after the creation of the JPG file by the internal electronics, it is no longer possible to intervene in the initial image.

Image processing software can handle JPG formats satisfactorily, but RAW is the only format that offers maximum processing efficiency.

Is it difficult to edit raw files? To be honest it's pretty easy and once you have the experience you can edit files really quickly. I do most of my retouching on photos in less than 30 seconds per frame.

But it is with a lot of practice. Most of my editing is done in Lightroom and I will rarely go to Photoshop when editing. I still see Photoshop as primary for image manipulation, while Lightroom is for photo editing.

As long as you use an app like Lightroom for your editing, you should be able to edit raw photos quickly. So why do so many people hate editing their photos?

The simple answer is, it's not exciting. Pressing the camera button is exciting, but sitting in front of your computer is boring. So a lot of amateurs just want the sexy part of photography, take a picture, upload it to the internet, and then their job is done.

These types of hobbyists don't realize that it's in post-processing your images that you develop your photographic style. Taking a photo is only half the job.

It used to be that photographers would spend hours in the darkroom retouching their shots, and today it shouldn't be any different. Just because the medium has changed doesn't mean the method has changed. Every photo I post for work is taken raw and edited.

Any photo saved in JPEG format is pretty much defined like this. It's like a cake, once the cake is baked, you have to eat it. If you don't like the taste, well, there's nothing you can do.

Either keep it or throw it away. Shooting Raw is like having the recipe and raw ingredients for the cake and you can make final edits to it before baking the cake.

You can change so much in a raw file, unlike a JPEG. You can change white balance, change shadow details, control noise levels and photo sharpness.

When you shoot in JPEG in your camera, the camera does its best to guess the correct settings, but it almost always gets it wrong.

Raw files allow you to tweak your camera settings slightly after taking the photo.

Most of the JPEG files, when you edit them, you will lose quality. Each time you save a JPEG, the quality decreases slightly. Raw files do not lose their quality if you edit or even save them.

Personally, I wouldn't recommend saving the changes you make to a raw file. You want the raw file to remain original so that you can make future changes to it as the editing software improves.

The second reason you need to take RAW photos is when you shoot high ISO images.

Most cameras will use their own high ISO filters for JPEG and they tend to soften everything, although I can control the noise reduction myself when editing and control what happens to the noise and edit it. much of it without making the photo very soft.

Technology is the tool we use to create, but it doesn't have to be the creator. A photographer should always be the creator, it's your vision, not the decision of certain software routines.

The constant evolution of software

The other reason which leaves me to think that it is necessary to shoot in RAW is related to the constant evolution of software.

The software continues to improve, and if you have your RAW file, you can go back and re-edit your footage in the future and get even better results than you can get now.

If you look at RAW file editing in Lightroom 2 and compare them to Lightroom 6 or CC, you will see a huge increase in image quality. With a JPEG, what you see is what you get. Nothing can improve it.

If the RAW file is so good, why are professionals under so much pressure to take JPEG photos lately?

Many new agencies are switching to JPEG-only policies and many professionals are not too happy with it.

They see a bad image of an event that goes live in seconds, much more valuable than a great image 5 hours late. This puts the pros in a tough spot, as photos have now become a disposable medium.

We can also cheat the system. I still take raw photos, but I transfer the raw files to my cell phone, quickly edit a few on my phone and send them to my editor.

This way I still keep my style in the photo, but I also manage to keep my editors happy. I'll be doing a post on phone photo editing soon, as it's something new in photography that all professionals will need to do to adapt their workflow to survive.

Plus, many mobile photos are starting to offer raw capabilities now. I always shoot with the best possible quality. But if this is a snapshot of my pets or girlfriend, I can take pictures as JPEGs so that I can post the image on social media and then delete the file.

But any image that I plan to save, I will continue to shoot it in the highest possible quality which is so far, RAW.

Although it has many advantages, there are still some disadvantages to RAW file that you should be aware of. The size of the RAW file is larger than the size of the JPG file for the same image.

You can therefore store fewer photos on the same memory card, which imposes additional restrictions in terms of disk space on your computer.

Depending on the camera, saving RAW file to the card takes longer during shooting, which reduces the frame rate in continuous shooting mode.

The RAW file cannot be distributed immediately before processing. To send it by email or publish it on a website, you need to process it and create a JPG file. The same goes for getting prints in a digital lab or online lab.

The following products have been released as raw processing software to process a wide range of raw files, and have this as their primary focus:

Never mind that the drummers are often dimly lit and lash out behind an invading metal cage. Some of the Read more

Happy hide
1 What is a RAW file?
2 How to read a RAW file
3 What does the RAW file contain
4 Why shoot Raw? Why not shoot in JPEG?
5 High ISO images
6 The constant evolution of software
7 If the RAW file is so good, why are professionals under so much pressure to take JPEG photos lately?
8 Bonus: Software & converters
8.1 Free and open source software
8.2 Dedicated raw converters
8.3 Others